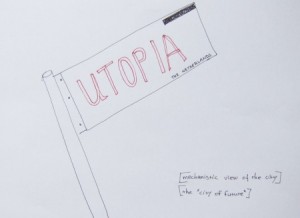 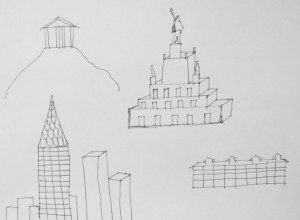 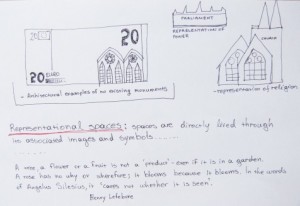 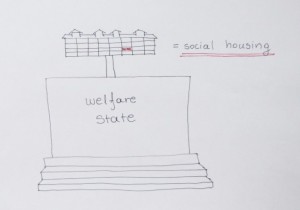 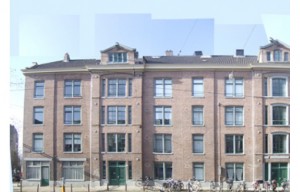 De Planciusstraat project is considered to be the first large scale social housing building within Amsterdam, erected by the vereeniging ten behoeve der Arbeiders- klasse te Amsterdam, to provide decent housing for the working class. the building was renovated by Wooncorporatie Ymere in 2006 and is now considered as a monument. What interested me was whether the building had retained its function. Who were the people living in these apartments nowadays? Were they aware of the particularities of the building and their surroundings? I wanted to find out to what degree social status was reflected in the way people had decorated their house. I approached all the neighbors personally and had a chat with them. I decided to make a website where people could post a few photos of the interior of their house.

Notably the Amsterdam School brought status to the concept of social housing. then, during the years 1933 till 1939, the production of social residences decreased significantly. Moreover, during WW2 many social housing blocks were destroyed or got severely damaged. Because of these reasons there was a huge demand for new dwellings during the post WW2 reconstruction period. But the overwhelming demand, and the poor financial state of the country, led to a situation in which houses got constructed with relatively cheap material and little attention was given to the aesthetic quality. The mass produced buildings were characterized by their soberness and functionalism. I am interested in particular how aesthetics were used in the context of social housing and how this changed over the years. There seems to be a big difference between the architectural quality of the buildings from the beginning of the last century and the ones built more recently. I wonder how and to what degree aesthetics influences the inhabitants of social housing blocks and what role it plays in the emancipating developments of the lower and middle class.  My proposal for No Academy is to use public sculptures that exist(ed) on and around different social residences in the Netherlands, created in the first decades of the twentieth century, as a starting point to create a similar sculpture for the Hogeweg-zone area. With my project i intend to investigate the value and function of ornaments and sculptures on buildings. Are they iconographical manifests and figurative symbols representing a certain zeitgeist or do they still affect the inhabitants?

There are many examples of successful social housing projects made in the beginning of the twentieth century and many unsuccessful ones made after WW2. For this reason, i choose to base the project on the first period in order to indicate the fate of aestheticism for society’s sake. This work may function as a reminder of a favorable historical architecture that once fulfilled its expectations and got its message across. For me studying historical sculptures will raise a way to imagine the future. They will create awareness towards the things we forget to remember. What visions we want to keep and what kind of visions do we want to leave behind?  Two sculptures that are part of the buildings of the De Dageraad housing organization at the P.L Takstraat in Amsterdam (1919-1922) are used for inspiration. Under them there are two curved inscriptions that devote the project to the Social Democratic alderman of that period:  Pieter Lodewijk Tak and the De Dageraad.

Project: I will create similar sculptures related to the neighborhood under which i will place led displays with scrolling texts posted by the inhabitants. These texts will present the opinion of the people leaving their houses. Regularly the texts will change according to the number of the participants. The new sculptures will be a manifestation of the new tendency, expressing the voice of the people. It is the first time my work starts from such an intensive research. It makes me understand the context much better and i can transmit the knowledge to the community i am going to work with. In my opinion it is important to create circumstances for people to reflect upon the continuity or developments of ideologies in relation to the aesthetics used in their direct surroundings.